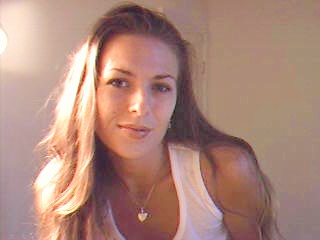 KAREN SHARKEY FLAHERTY Nov. 30, 1948 - Feb. 4, 2002 On February 4, 2002 Plenty lost a dear friend, sister, Board member, Treasurer and field worker when Karen Sharkey Flaherty passed away. Karen brought beauty, grace and courage into the Plenty circle. She was passionate with a gentle touch.

She turned an unblinking eye on injustice in the world, especially the plight of women and children living in poverty. She lived for helping the victims of circumstances beyond their control, without hesitation, and often without consideration of her own health and well-being. Karen gave herself away. She had no enemies, only friends, by the thousands. Karen was a founding member of the Farm community where Plenty was born.

She was a founding member of Plenty and served on the Board of Directors since 1988 and has been our Treasurer since 1989. She co founded the Bhopal Justice Campaign to help the people of Bhopal, India obtain justice and compensation for their injuries as a result of a massive chemical accident at a Union Carbide plant that killed thousands of people in December 1984. Karen was deeply involved in Plentys projects at Pine Ridge and Round Valley Indian Reservations.

She was strongly committed to Plentys Fair Trade programs and the Indigenous Womens Economic Development project (IWED), traveling to Beijing to attend the International Womens Conference in 1995 as a delegate of Plenty to help build awareness of Fair Trade. More recently, Karen was employed as a Project Administrator at the Florida Association of Voluntary Action for Caribbean Action (FAVACA) coordinating womens development projects in the Caribbean and Central America and participated in joint Plenty/FAVACA projects in Dominica with the Indigenous Carib Peoples.

Karen was a big part of our lives and our work. We love her and miss her very much. Karen is survived by her two children, mother and father, three brothers and a sister. Her family has established the Karen Sharkey Flaherty Fund to support small projects close to Karens heart that promote peace, justice, acceptance and understanding among people. Donations can be sent to PO Box 10775, Tallahassee, FL 32302. Plenty has also set up a memorial fund for Karen.